Kyle Devendorf took the win in the Limited Sportsman while Quinn Wallace won in Thunder Stocks and Mike Mullen won in Mod-Lites. 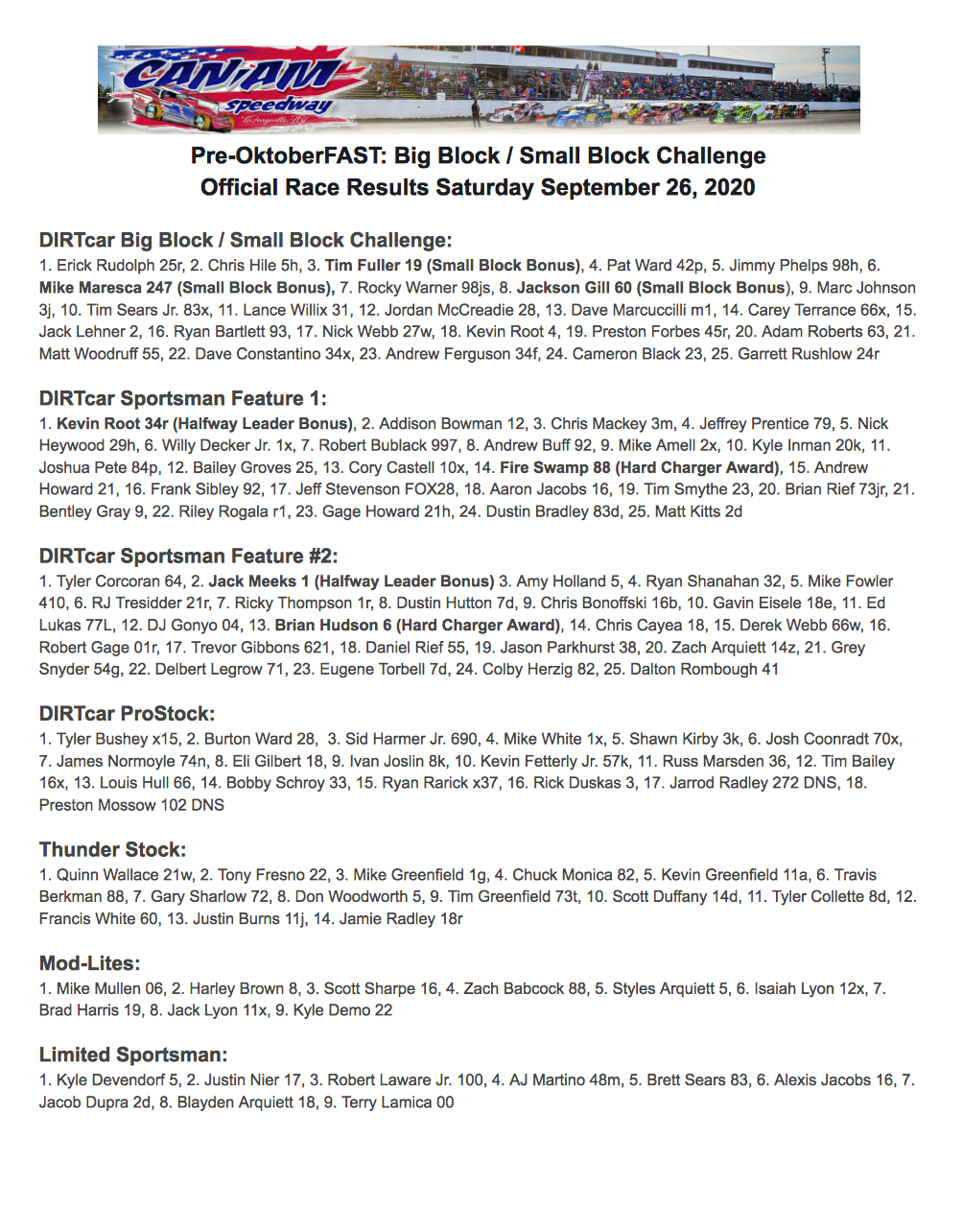